This tutorial explains how to create a static ip address for your Raspberry Pi.

The file for which you will edit is called ‘interfaces’ It is located within the /etc/network folder.

Why do I want to do this? There are many reasons why you may want to create a static ip address for a Raspberry Pi. Some of the reasons could be that you want to run a web site on a Raspberry Pi or run a cluster of Raspberry Pis. If you attempt to so this with dhcp, dynamic changing ips will make port forwarding and other setups a hassle that will need ongoing changes. Also, if you have several customized Raspberry Pis, you may like to ssh into any one of them with known ips in order to be efficient. 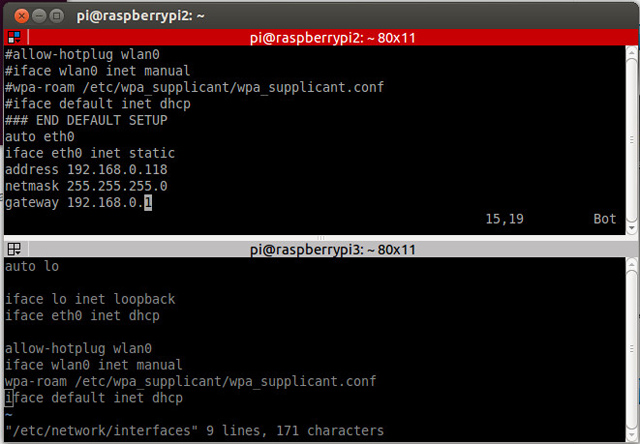