Terminator With Linux For Multiple Terminals


Multiple Terminals With Ubuntu and Other Linux Distros With Terminator

Opening a terminal with Linux allows you to command to your heart’s content. But, you may find the day has come when using one terminal at a time is just not enough. There could be many reasons for this possibility such as; you are running an application like Gedit or Caffeine that is using a process for which you do not want to quit, you want to connect to other multiple Raspberry Pis(or pcs) on your network at the same time and run separate commands on each one, and the list goes on.

Well, look no further because Terminator can allow you to open as many terminals as you want.

After Terminator is installed, you can open it at the command line with the ‘terminator’ command, or search for the application with a gui and open it. 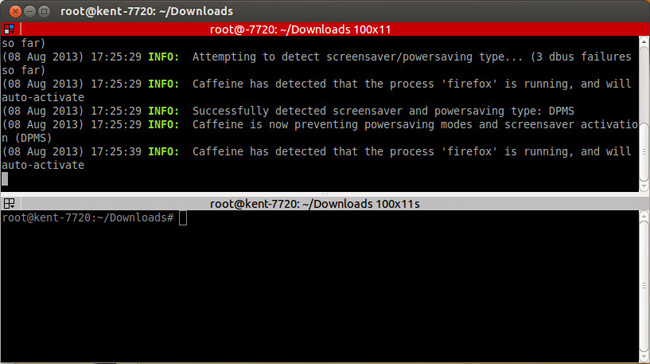