Finding a web designer in Squamish and Vancouver can be a tough job; especially since there is no regulation for the the job description. Some have limited basic coding skills and assemble websites while others are hand-coding programmers. Some are very strong graphic artists while others rely on stock photography.

Furthermore, a web designer may have strong Internet marketing skills while others are weak at SEO. Since building my first website around 2001, I can honestly say that the developer must hand code, or your options will be limited.

This section will help you understand how large of a gap there is to hiring someone to build your website. Your website is a high priority since it is the easiest way for your customers to know about your company.

Without a website, many people cannot make an informed decision about why they will hire you. Considering that you can be up and running with a basic website from a few hundred to a couple thousand dollars, it makes good sense to have it built by qualified personnel.

I have known web developer Geeks who had run a large Progressive Conservative government website with their own stack of parallel programmed, high powered Linux machines to web designers who had taken on simple tasks they could not complete.

The easiest way for you to understand the large ranges in skill set is to provide a few case studies and stories regarding web designers from Vancouver; which are explained further on in the document. Meanwhile, thorough knowledge of the list below should be a minimal requirement for a skilled shop. 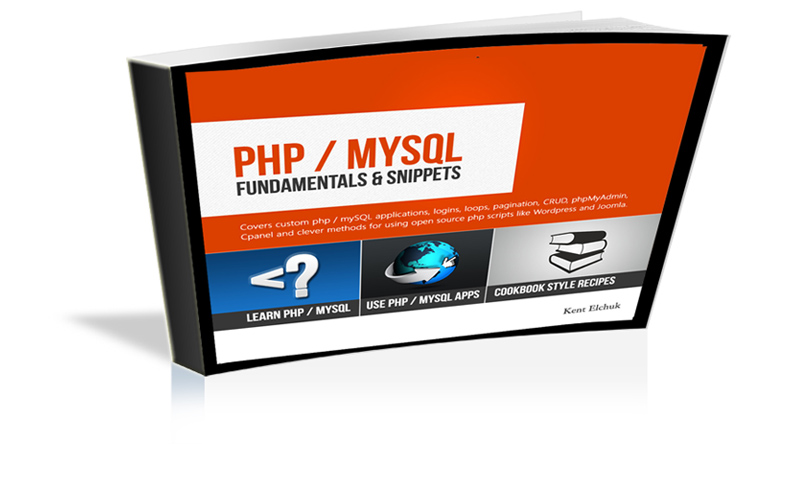 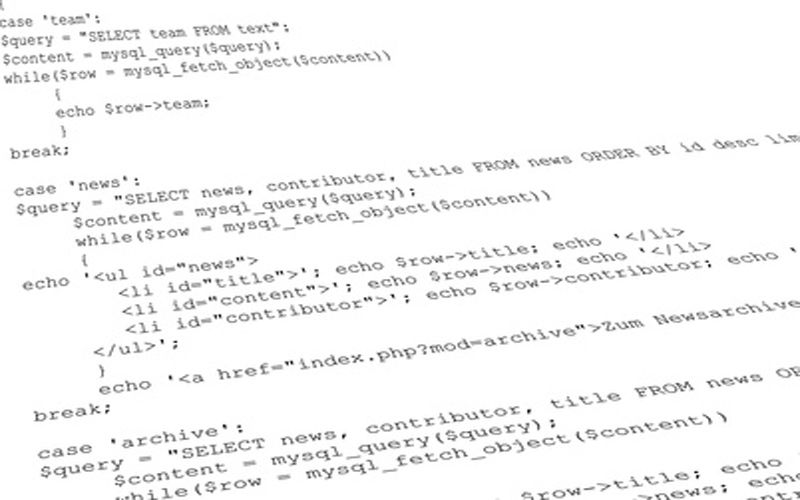 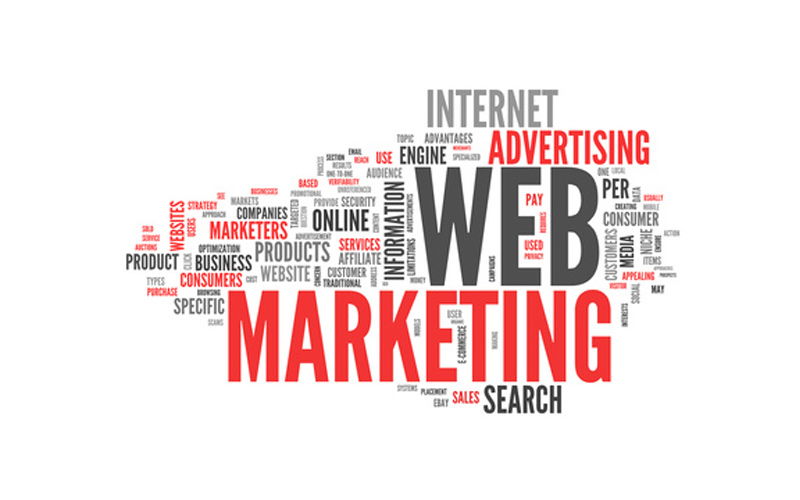 Everyone remembers the Geek in school who could do more on a computer like programming and networking than anyone else could. This fellow was that that guy. During his University days, he told stories about hacking Canon in the late 80s and had a circle of Geek friends for which to share knowledge.

Ten years after that when the web took off, he teamed up with a skilled graphic artist and they started a web development company. Style and programming is crucial for web success and these two went from 2 to 15 employees within two years; even though the first two years were about breaking even.

During their reign, they developed their own custom CMS in order to cater exactly to client's needs. As time rolled on, they had many large projects and maintenance contracts that cost thousands of dollars per month. Government and medical website maintenance is expensive.

Although a company like this may be too expensive for a startup company, you get the idea that this company really knows what they are doing.

Since you could be naive regarding the experience of a person doing your website, I will tell a small tale about what could unfold if you choose a non-coder. This person could end up having to hire elsewhere if they cannot complete your request.

The story goes like this. There I was one night all cozy with my family when I got this call from a fellow who needed a website completed as soon as possible. The website was for a prominent local Vancouver business. The project had been ongoing for about three weeks. A cute, sexy young woman about 23 years of age had convinced a shop for her to build a website. She was a graphic artist and showed them a portfolio of her work.

As far as web design goes, she only knew how to use an editor like Dreamweaver to build a website. With these limited coding skills, she was not qualified to build websites professionally. This was a sign of an amateur. Normally, anyone working for a professional web design company should know how to build a website by knowing how to code... not clicking insert image and editing text.

With these limited skills, she could not even attempt to complete the client's requests so she hired a web developer. Somewhere along the line, there was a fallout with the web developer. After looking into the details, one side wanted more money and the other side said he was under-performing.

Meanwhile, the hours it took to build the website to its current status was many hours. The truth is, the work she had done should have taken minutes. Another rookie problem is that they think their time is worth something, when in reality she was wasting client's time with her learning.

The moral of this story is that you may want to research who you hire.

For example, a woman called about a website makeover. She had enquired about my building the website prior to this occasion, but hired elsewhere.

When she explained the upgrades she wanted done, she was left between a rock and a hard place. The former web designer built the site in Photoshop and converted the files to html. The files were full of tables and the site looked horrible. It reminded me of a nice new home built with the cheapest materials.

To alter the site to good code would have taken quite some time. The reason for such a cheap site could be one of many reasons; lack of tools for the web designer, inadequate skills, or vengeance from the web designer to build a substandard website(not a good idea for the reputation).

Alternatively, this could have been a long time do-it-yourself project and the woman was playing dumb to find out some advice.

If I have ever seen an art that consumes so many people it is web design. The web is polluted with sites built with software for non-coders. It amazes me to see so many people who do-it-themselves and do not want to part with their time spent on a project that looked like junk when a skilled web designer could have done much better work in 6 hours.

Now that you may have a basic understanding about what to expect from web design and development companies, this section will detail a few case studies between client and a local Vancouver web designer. Real world examples can help you understand the process and communication between client and web developer.

Web development had long been a hobby before it had been a career. During the career crossover stages, a good friend of mine had asked about having a new website for his small business.

Since I like to give people the best craftsmanship, I had asked him many detailed questions like why he wanted a website, did he want a responsive design that is viewable in a devices like desktops to Android phones, and what were some of the designs and websites he really likes. Normally, people like the idea of one responsive website that shows up in all devices.

As I hear the feedback, I get many of the answers I had expected. The small business owner had wanted a website to look like a credible businessman, receive online deposits, a resource for people to contact him, a place for people to see all his products and services so that they would not waste time with unnecessary questions and for SEO purposes so that people in Greater Vancouver could find his business through searching with Google and Bing.

Now that I knew about what he wanted from his website and where he saw his business in the future, I waited for his email replies regarding the websites he liked. Surprisingly, he had a list for which the designs looked a little dated and very dated. Often, many blue collar oriented professions like ‘Old School’ simplicity. They just want to give the facts. They are not interested in flash or trends.

However, Bob is kinda hip and I showed him some responsive examples that I thought he would like. Within a very small gap in time, Bob showed interest inn a design that was very simple and elegant. When the design was a done deal, website building was on the way.

Early on during the construction, Bob had mentioned that he wanted a home page, pages for all the service installations, a contact page and a custom deposits page. With that in mind, I could estimate the time to complete the project. In this case, it was several hours of actual work. Actual work includes getting the content from emails, building the website, changes and work sessions.

Often, I find working onsite with a client or communicating by phone can allow for quicker completion. Sometimes, ten to twenty minutes of one on one time with the client can allow a developer to view the pages at the same time which can do wonders for project completion. Otherwise, another night and a few more emails can slow down the progress for updating the matters at hand.

In this case, Bob and I got together one night and completed his website. In fact, we launched it that night. Within a few days, Bob had called me and told me how much he liked his new website. However, he did a few small typos that needed fixing, so, I made those updates immeduiately.

Her website was built in a matter of hours. She too, had received a website for which she was very satisfied.

This second case study was a website which was completed for a North Vancouver Hair Salon. Jane had her own hair salon for many years. She even had a website that had been done by a family member. The website was okay, but, it had the usual signs of a 'homemade' job and it needed to be updated.
In addition to updating the website, we had chosen a new domain name that would help her receive more local traffic from the Internet.

Upon starting the project, I had decided to use Wordpress to build this site. While talking to her coworker and hearing her needs, it became easy to understand the style and design she had wanted. This time, I hand coded a custom Wordpress theme to build the design to her exact specs.

Once the theme was approved, I started assembling the pages based on content I had received from various emails and a Word document. In addition to text, I bought various professional hair style images and had touched up many images she had sent me.

While the construction phase was running at full tilt, I had her company listed on 'Google Places'. At this point, there is a little waiting game that takes place since Google actually sends a 'hard copy' letter mailed to the business address. As time goes forward, I still find this process very valuable for businesses since they get listed in directories when people search for a business type.

Meanwhile, a few minor changes and tweaks the web site was ready to go. I submitted the website and immediately linked it from website which had a Google Pagerank of 7. Within a week, it was visible through searching.

With some more keyword tweaking and research, the website continued to improve and held a top 2 position for the desired keywords.

The owner had been very appreciative for the new business acquired through online means.